Around Bulgaria / Blog / Bulgarian public transport – how to use?

Bulgarian public transport – how to use? 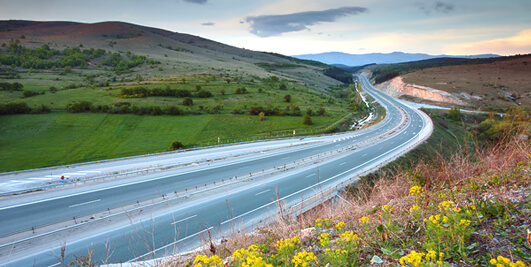 There are usually no problems when you travel around Bulgaria. To help you, we will tell you the essentials on Bulgarian transport.

There are four main airports in the country, the railroad network is well developed, and there are a multitude of bus lines inside cities and towns and between them. When you are planning to get to a destination to which no public transport line is available, you can always hire a taxi. Below we will dwell on the different options. 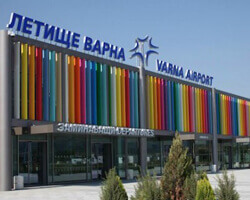 Bulgaria has four main airports; two of them are inland, in Sofia and Plovdiv, and the other two are on the coast, in Varna and Burgas.

Traditionally, all tourists who have planned to take their holiday to the south of the Balkan range arrive at Burgas, and those who are travelling to destinations on the north coast fly to Varna. Many Bulgarian residents also get to the airports in the neighbouring countries to fly to other countries, for example to the Romanian capital Bucharest, because that enables them to save on ticket prices. But travelling to an airport in a neighbouring country will hardly be convenient for foreign tourists.

In all airports there are taxi ranks. You can also get to the town or city via public transport. Recently an underground line was built to the Sofia airport, so it is now very easy and simple to get to any place in Sofia from the airport. From Varna airport you can easily reach the city and from there the nearby resorts: you can take bus 409. From Burgas airport, bus 15 will take you to the city. 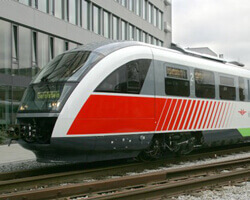 In most Bulgarian train carriages, there are compartments with six (or eight) seats. Each compartment is separated from the corridor by a transparent door. It is more pleasant to ride in such carriages than on suburban electric trains, but it is not comfortable when you are going to travel long distances.

There are sleeper carriages on night trains. In each sleeper compartment, there are three beds arranged vertically, and there is a sink and hangers for the clothes. These carriages are usually new, comfortable and attractive, and it is a pleasure to travel in a sleeper. 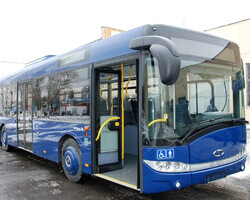 The bus fare for one trip within the city or town is usually 1 to 1.5 BGN. In some cities there are conductors on buses, in other cities you will buy tickets from drivers, and in still others you will need to buy tickets in advance, before you get on the bus.

Many city lines also reach destinations which are in fact outside city ranges. For instance, buses in the Nessebar resort can take you to the nearby Elenite resort. Travelling to destinations outside cities depends on the destination you are riding to.

Usually buses follow schedules, but there are lines serviced every 30 minutes or every hour. You can take a photo of the schedule, in order to organize your time in a better way. 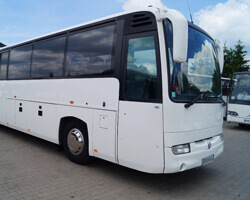 When you are travelling to nearby cities or towns, the most convenient method of transport is via bus. Buses usually stop only at the bus station in the respective city or town (a bus station is “avtogara” in Bulgarian). You can buy tickets at stations, in the general tickets department, in the respective department for the destination, or from the driver, depending on the bus company servicing the line.

The cost of travel depends on the distance, it is usually quite reasonable. For instance, travelling from Varna to Sunny Beach will cost you about 12 BGN for a 2-hour trip. Taxi drivers can ask you for an amount which is 10 times as much.

Buses are of different quality, from modern tourist buses with air conditioning to tiny minibuses which are not very new.

In the high season, tickets to popular destinations are quickly sold out. You cannot travel standing on intercity buses, so if there are no tickets available, you will have to postpone your trip. So be sure to come to the bus station well in advance, and tickets must be bought beforehand as well. 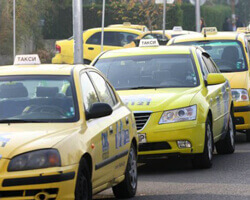 On average, the cost of taxi trips during the day is just a little over 1 BGN per km. Prices are different if you are travelling to a resort: then the taxi ride can cost 3, or 4 BGN per km, which is very expensive. In airports prices are also very high. There will also be additional payments, for hiring the taxi and for waiting (if you stop and go out to do something on the way). At night, prices are raised by 15-25% on average.

You should check the taxi rates before you get in, they must be displayed on the window. You should also insist that the driver switches on the meter. Don’t fall prey to tempting offers of taking you from destination A to destination B for a suspiciously low price: it is highly likely that when you have arrived, you will be told that the price is in reality 10 times higher.

You can save if you book beforehand a taxi to take you to the airport, and do not rely on taxis waiting for customers in the streets. When you are in a resort, it is simpler to use public transport, or rent a car.