Around Bulgaria / Blog / Preparation for a trip to Bulgaria

Preparation for a trip to Bulgaria 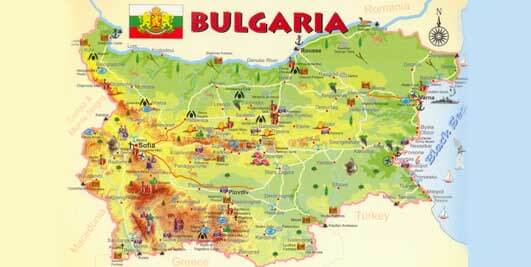 Bulgaria is a short distance away from some European countries, and somewhat farther away from other countries. No matter where you are travelling from, you must allot time for preparation. In order to spare yourself unpleasant situations, it is worth learning about the country and prepare for some unexpected details typical of the country.

Prior to setting off for Bulgaria 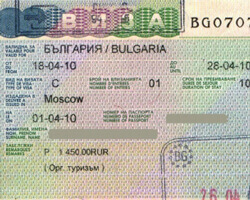 You will mandatorily need medical insurance for the whole duration of your trip. You will not be able to obtain a visa without the insurance.

It is advisable that you should book a hotel room in advance, in a hotel or in an apartment; because in the high season it can be a difficult task to find suitable accommodation on arrival.

Naturally, you must also buy plane tickets in advance, or if you are planning to get to Bulgaria by car, you must get transit visas and auto insurance. 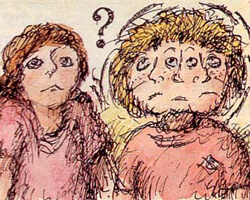 It is quite natural to complement your words with mimics and gestures when you are in a foreign country.

But please note that in Bulgaria the gestures meaning “yes” and “no” differ from their counterparts used in other countries.

If Bulgarians want to say “no”, they nod their heads, or, to be more precise, they slightly move their chins. Sometimes they also accompany the negation with a clicking of the tongue. The “yes” gesture is expressed by shaking the head.

In seaside resorts, many Bulgarians use the gestures common in other countries, i.e. nodding to mean “yes”and shaking the head to mean “no”, but inside the country there is a risk of not getting yourself understood correctly if you use these gestures. 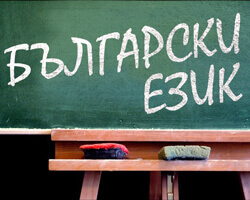 The Bulgarian language belongs to the group of Slavonic languages. It has some similarities to other Slavonic languages, most of all to Russian. But if you speak Russian, you should be careful, because there are some words in the two languages which are pronounced identically but have different meanings.

Bulgarian grammar is not very easy, and spoken language does not follow grammar rules very closely. Nouns have three genders, and to make verb forms you must use different endings for each person in the singular and in the plural.

In resorts and in big cities almost all Bulgarians speak English, and some speak other foreign languages like German or Russian. Older generations speak good Russian, and young people have no difficulty communicating in English, because it is taught in all schools.

To be able to ask for common necessities, you should learn some of the most important words. When in Bulgaria, you can also rely on online translation sites. Besides Google Translate, you can also use the Bulgarian site kakvo.org/ and a number of other ones. You can also download an app for your mobile device which will be helpful in your everyday activities. Some apps can be used offline, like this one for Android devices. 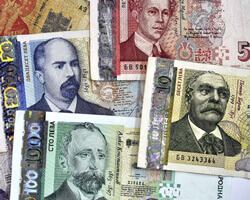 The Bulgarian currency is the Leva. Its exchange rate is tied to the Euro, and has not been changed for over 13 years now. One Leva, or BGN, is equal to 0.95 Euro. The exchange rates to other world currencies vary depending on the rate of the Euro.

There are a plethora of exchange offices in Bulgaria, but their reputation is not very high. The practice is common of imposing additional commissions that you will learn about only after you have had your amount exchanged. That is why we recommend that you should exchange your amounts in banks; the procedure takes a little more time, but on the other hand everything is clear. In bank exchange offices they usually offer a more favourable exchange rate compared to street exchange offices, all the commissions included.

We would like to warn you against exchanging money in streets, when obliging young people approach you and offer to do that for you. The number of such impostors is becoming smaller each year, but they can still be found, so better be wary. They can give you counterfeit banknotes or real ones which have been withdrawn from circulation.

In large shops and in boutiques in central streets you can often pay by bank cards. In small corner shops and open air markets they only accept cash. 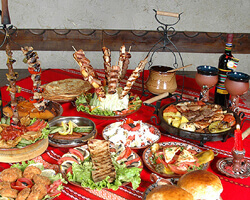 Bulgarians love and cherish their national cuisine, so to sample it you should visit eateries which are mostly aimed at local residents. In mehanas (meaning “taverns”) they serve authentic Bulgarian meals in traditional settings and at reasonable prices.

The most popular products are tomatoes, peppers, potatoes, feta cheese, chicken, pork or pork mince. The most popular spice is savoury. Almost all Bulgarian meals include these products in diverse combinations, or they are used individually.

Meals traditional for Bulgarians are simple, but they tempt with delicious taste, because the quality of products is high. In touristy cafés, as a rule, the cheapest products are used, and they are far from being delicious, though there are exceptions to this rule. 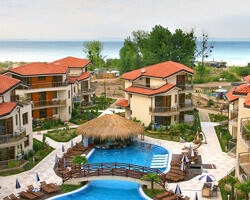 Where are the best accommodations in Bulgaria? There are a raft of options, especially in resorts. They comprise hotels, family B&Bs, guest houses, and rented apartments. When you choose your accommodation, you should base your choice on the referrals of your friends or other people who have already stayed at these places.

Bulgarian all inclusive hotels do not enjoy a very good reputation. These hotels are relatively new for the country, and there are a number of customer complaints from them. The complaints are usually made in connection with the assortment of meals in these hotels’ restaurants and with their taste.

The price of rented apartments usually depends directly on the distance to the beach. The nearer to the beach the apartment is, the higher amount you will have to shell out to rent it.

On motorways drivers can usually travel at up to 120 kph, and outside cities at 90 kph; the speed limit inside cities and towns is 50 mph. In practice, many locals drive at whatever speed they choose, and then have to pay fines. Inside cities and towns there are usually a host of “lying policemen”; these are frequently removed in the beginning of the summer season, and they are installed again in August. 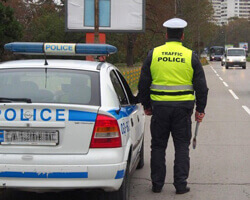 Policemen (not “lying” ones, but real police officers) can stand in places where they are not clearly seen. Usually drivers who notice them warn the drivers travelling in the opposite direction by blinking their headlights.

If you are warned in this way, it is enough to raise your hand to express your gratitude.
Police officers cannot fine foreigners, but they make special notes in passports; these notes oblige violators to pay the fines when they cross the border.

Railway transport in the country is sufficiently developed, but it is more convenient to travel by bus. Public transport lines often reach resorts located in the vicinity of towns or cities.

The bus fare starts from 1 BGN (that is the price for travelling within the limits of the town or city). Taxi fares are much costlier, especially in resort areas. All taxi cars have to have their rates displayed on the windows, with the rates per kilometre, the cost of hiring the taxi, and the price for the idle periods for the driver. At night prices are always higher than during the day.